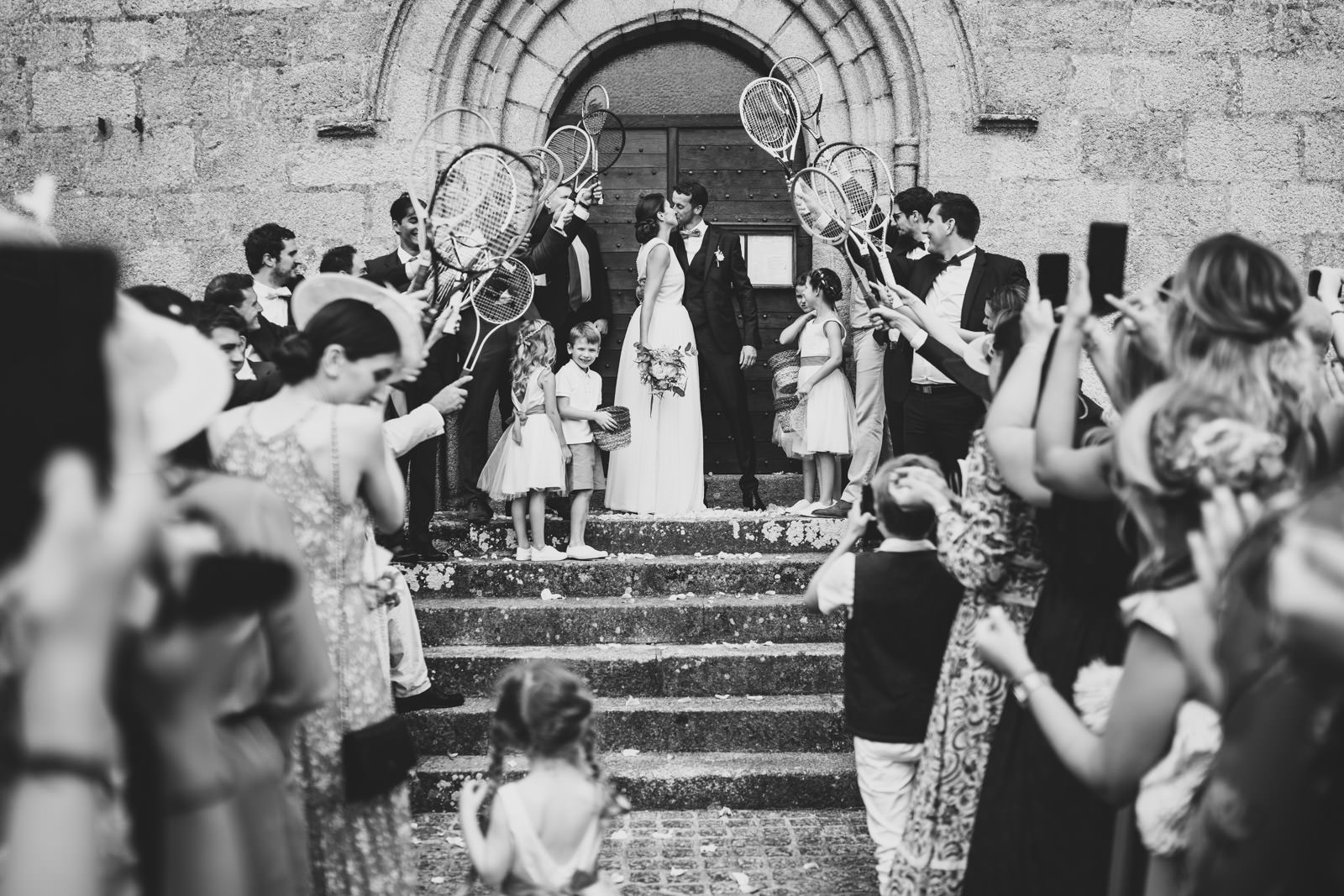 It is with eyes on the sky that this Saturday began. But we were lucky because the weather was kind enough for the union of Anne-Claire and Adrien.

In a magnificent apartment with a superb view of Limoges and in particular the train station that the bride and groom get ready in the company of theirs loveds ones. Anne-Claire then went to the "Lou Kasatché" fashion house to put on her dress surrounded by her friends and her mother. It was in this beautiful place that they were able to discover her for the first time with her made-to-measure dress.

It was then in the church in Boisseuil that everyone gathered for a religious ceremony. Adrien discovered his wife in her dress for the first time when he entered the church on his brother's arm. A moving ceremony later the brides came out full of joy under the hedge of honour of a tennis racket (a first for me)

Everyone followed the red "deudeuche" of the bride and groom to the Faugeras family estate. A magnificent place just a stone's throw from the town, situated in a tastefully decorated green setting. A magnificent buffet awaited the guests and after the traditional bouquet toss I was able to make a little getaway with the couple on the estate for the couple's photos.

The meal was delicious, the couple had decided to let the many foreigners (including some from Australia) taste the famous Limousine meat. And it was with a surprise fireworks display that the party started in one of the rooms fitted out for the occasion. I leave you alone to judge the atmosphere of the evening with the photos…

A big thank you to them for their trust, it was a great day that I am delighted to have shared with them.